Where to Walk in East Devon

Walking routes in East Devon cater for everyone. Whether you’re looking for coastal rambles, woodland walks, circular or linear trails there’s plenty to choose from. When looking for where to walk in East Devon you are spoilt for choice.

East Devon has an abundance of beautiful countryside and coastline. Spots where you can soak up the panoramic view as far as the eye can see. Nature reserves to re-connect with birds and wildlife. Archaeological remains that take you back to the Iron and Bronze Ages. And a Jurassic coastline dating back millions of years with opportunities for fossil hunting.

Some of the best walks and hikes can be found in East Devon and are designed for a variety of interests. We’ve got family-friendly walks, rambles that take in pubs, cafes and tea-rooms, city trails and walks along the cliff tops.

Here are some suggestions of where you can walk this weekend, or if you’re planning a visit to East Devon in the near future.

The East Devon Way is a 40-mile route that runs inland between Exmouth and Lyme Regis. Following footpaths, bridleways and quiet lanes, it’s broken down into six stages. The website offers linear directions for both east to west and west to east, as well as a number of circular walks. 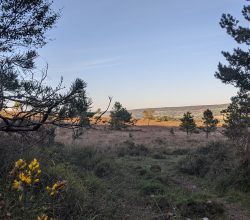 Linear walks in the East Devon Way: from west to east

Exmouth to Woodbury Castle: takes in the Exe Estuary, one of the largest nature reserves and areas for migratory birds over winter. It passes by National Trust property A La Ronde before you walk through the woodland area of Lympstone Common and onto Blackhill Quarry.

Woodbury Castle to Aylesbeare Common: starts at Woodbury Castle car park where traces of the Iron Age hill fort can still be seen underneath the moss. Expect to see beautiful views of the Exe Estuary, Lyme Bay, Dartmoor, Exmoor and the Quantock Hills in Somerset. The trail continues across Woodbury Common and includes the Pebblebed Heaths, an area of heathland that was created over 240 million years ago.

Sidbury to Church Green, Farway: expect to see charming villages with thatched cottages as well as walking through fields to Knapp Copse nature reserve, an ancient woodland. Before ending the walk you’ll cross the Bronze Age landscape of Farway Common.

Church Green to Colyton: this is mainly a flat walk, crossing over the River Coly through to a village dating back to Saxon times. There are plenty of picnic spots by the River Coly before reaching the market town of Colyton.

Colton to Lyme Regis: on this day walk you’ll see rivers, an Iron Age castle, the spectacular Cannington Viaduct as you cross the Axe Valley. The East Devon Way finishes at Lyme Regis.

The East Devon Way website offers 13 different circular routes within the area it covers. These include leisurely and moderate walks between 3 miles and 8 miles in length. The routes take in a mixture of villages, heathland, nature reserves and woodland along tracks and footpaths.

Do check on the website before you set off as it does provide news updates on temporary closures of certain walks or sections due to restoration works or other reasons.

There are 28 miles of footpaths, bridleways and trails within the East Devon Area of Outstanding Natural Beauty along the coast and in the countryside. Routes have been designed for anyone interested in walking, whatever their fitness levels or abilities. 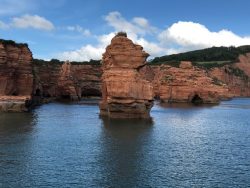 Further details about the walks are available at the East Devon Area of Outstanding Natural Beauty website on its Discover leaflet.

The 630 miles South West Coast Path runs from Minehead in Somerset to Poole Harbour in Dorset.

The East Devon section of the South West Coast Path covers Exmouth to Lyme Regis along the Jurassic coastline, an area described as a geologist’s playground. You’ll also get to see a variety of wildlife along the path as much of the land has been designated a Site of Special Scientific Interest. 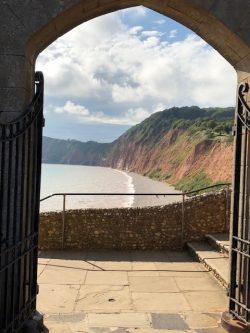 A number of half-day walks have been put together. These are around 5 miles and are broken down into easy and moderate strolls to the more strenuous. In addition, there are suggestions for family, pub, cafes and cream teas and seasonal walks.

Half-day walks on the East Devon stretch of the South West Coast Path.

The Exeter City Trails are aimed at those wishing to explore the city centre and learn a bit about the area’s heritage and culture. In these self-guided walks around Exeter, you can find out about the city’s history, canals, and archaeology.

Walks include exploring the city wall, the woollen trade, that brought great wealth to the area and a medieval trail. Information boards accompany key points on the routes that are between one and two and a half miles long.

The Exeter Green Circle is a 12-mile walk broken up into five sections within the boundary of the city. These walks cover valley parks, leafy suburbs and parts of the countryside. 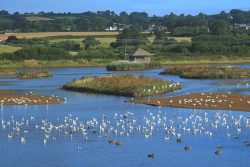 The Seaton Wetlands has about two and a half miles of level trails and boardwalks to wander around that are suitable for wheelchairs, bikes, and pushchairs. Set in marshland and reed beds alongside the River Axe, there are five bird hides within this slice of countryside.

The Seaton Wetlands is a dog-green nature reserve. 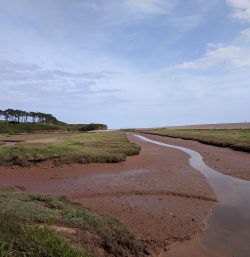 Walking is great as it’s one of the most accessible forms of exercise you can undertake. It’s convenient and requires no special training or equipment.

We hope we’ve whetted your appetite and given you some ideas of walks you can do in East Devon this weekend, or perhaps help you plan a trip to the area.

Don’t forget to check out the Visit, Eat, and Stay sections of the East Devon Excellence website to find more inspiration and make more of your trip to the region. 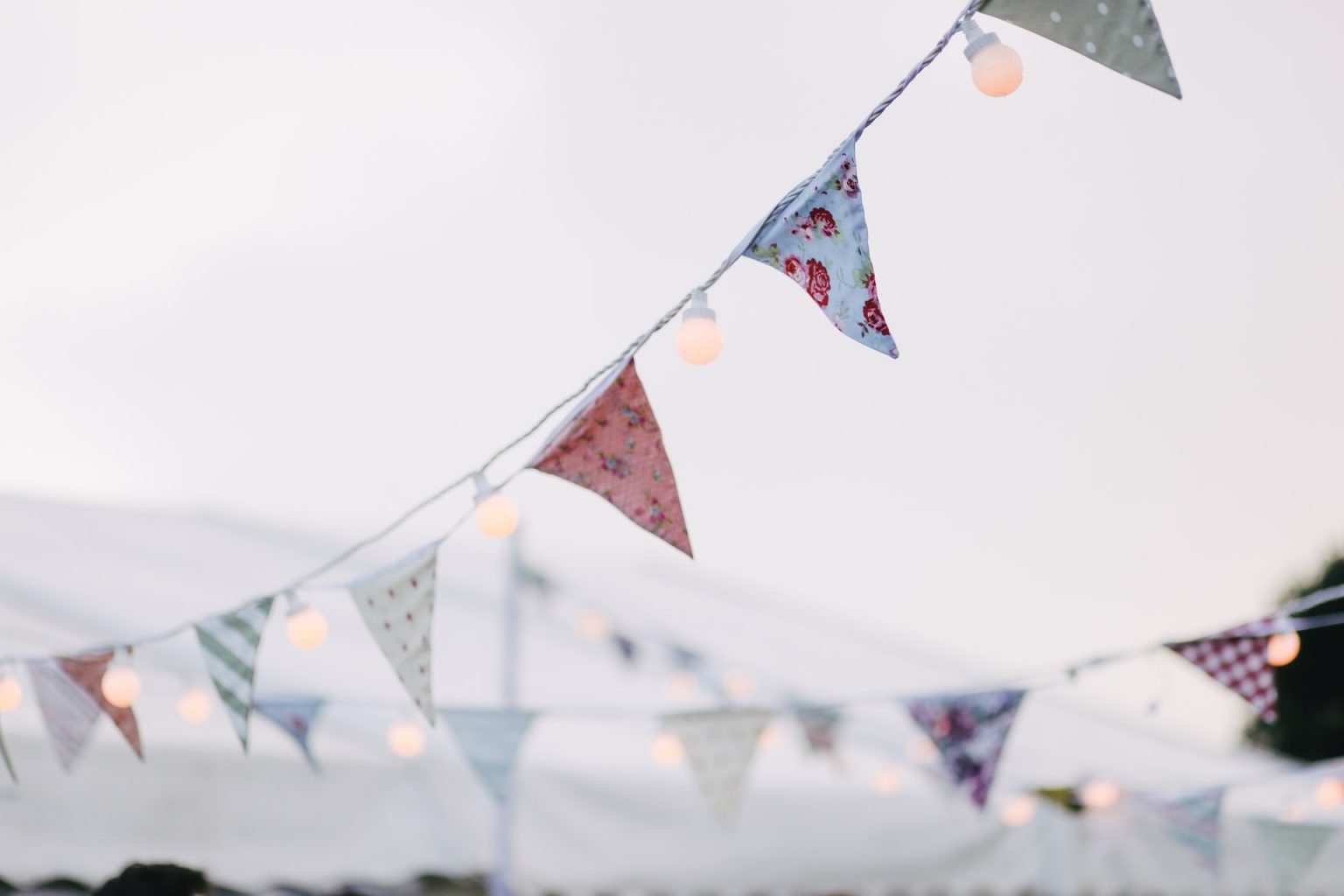 How to celebrate the Queen’s Jubilee in East Devon